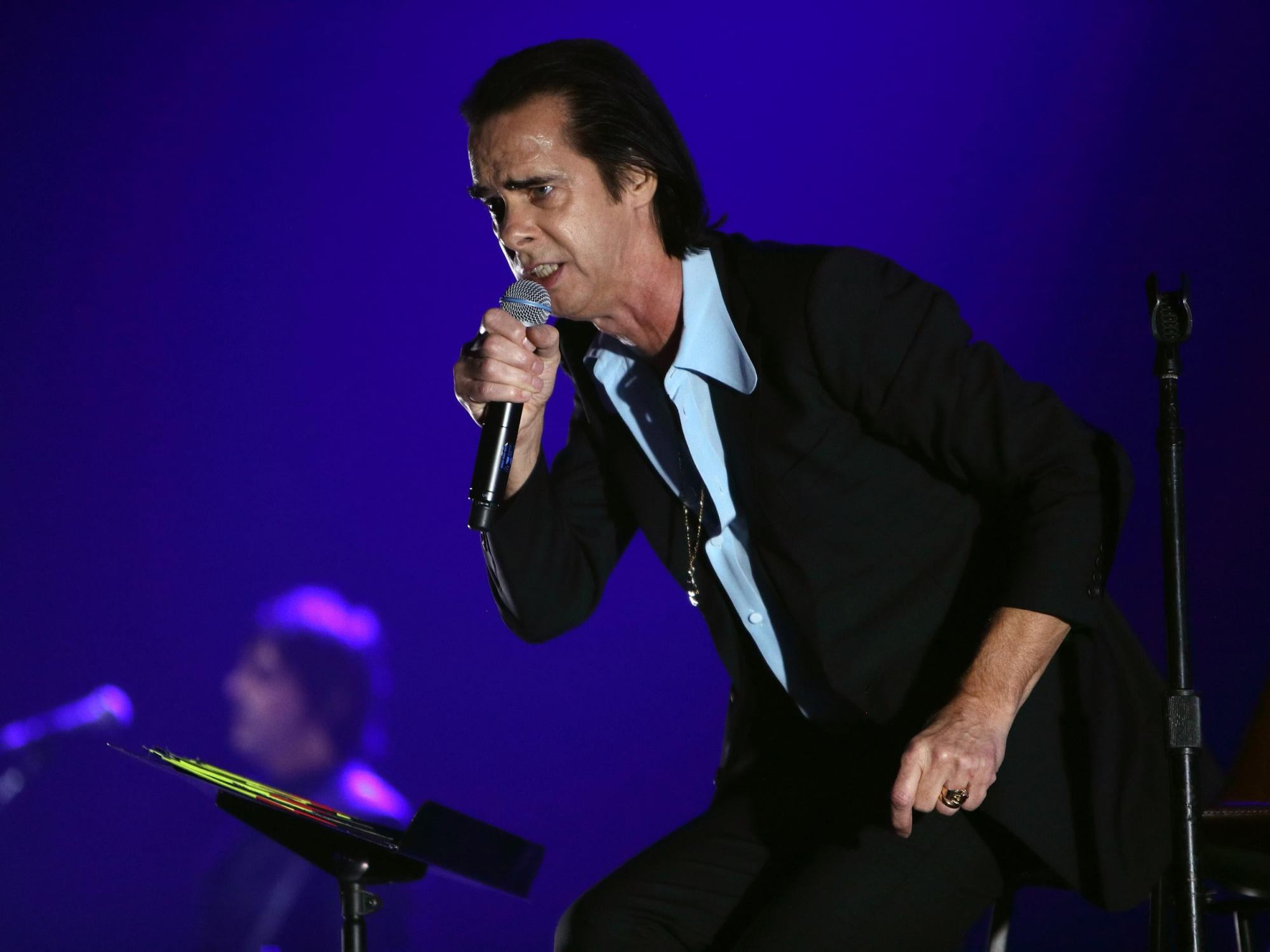 A couple of months ago now I was looking at Michael Turek’s chilly, beautiful photographs of Siberia- they’re an evocative, dreamy mix of people and buildings, presence and absence; a heavily made-up woman reclines in the red-leather booth of a diner; a Soviet House Of Culture, all green drapes and strip lights, yawns blankly. And then there’s the first image I saw- a baby grand piano stands in an empty grey room, under a window showing nothing but white. The brickwork in the room is exposed. The floor is dirty. The piano is covered by a maroon sheet, but not entirely- a corner and a single leg are exposed. It’s like someone’s just left the room, like the instrument was covered in a hurry. The photo’s taken through a doorway as well, so it looks like someone’s just glanced in, passing through- blink and it’ll be gone, onto another grey room with the window showing white.

I found the image weirdly moving- inspiring and depressing in equal measure, and strangely evocative of where I feel we’re at currently.

It’s an odd time, isn’t it? Everywhere I feel like there’s the illusion of open-ness, of normality. The café over the road’s open again. The pubs are open. The buses are full. But it feels like a weird optical trick, like a 50s film set, those detailed facades of buildings and houses that are really just held up by scaffolding and have no depth. Push them and they’ll just fall over.

And as for the theatre, for the arts, the beloved industry me and my dearest ones work for, who knows. The façade’s not even built yet. Even the scaffolding is rotten, falling apart as we wait for the sets to be rebuilt.

Terrified actors improvise desperately, laughing under their makeup and tugging at their costumes, just praying the director doesn’t call “cut”. Again. Leaning gently on the pub-set and hoping it doesn’t fall over.

The piano’s covered. The room is empty. Just passing through.

But- there is a piano.

There is much to write about despair, and hope feels hard to come by.

But there is a piano. And the covering’s falling off. Just a bit, not enough to play, but it’s slipping. A leg’s exposed. And a bit of the lid.

The other night I was looking at another piano, a Fazioli, to be exact. It was in another empty room, though this one was somewhat bigger, which of course only highlighted its emptiness. I was looking at it on a screen, naturally. But the piano was uncovered and open. I could see the keys. There were microphones under it. And people were filming it.

A gentle voice with an Australian accent announces- “Once there was a song, the song yearned to be sung.”

And then a tall, thin man dressed in black clacked across the floor of the empty room. And sat down at the Fazioli. And then he played it.

On the 23rd July, Nick Cave played solo at a piano in the empty Alexandra Palace for roughly an hour and a half. It was live streamed on his website under the name Idiot Prayer and was briefly on YouTube (it was inevitably taken down after lying doggo for two days or so). He played songs from across his career, including songs by his side-project Grinderman and new songs from his latest album Ghosteen, all adapted for just one man and his piano.

Cave’s is a career that has spanned many moods- from hollow-eyed proto-goth to black-suited balladeer, and these days the murmuring, statesmanlike weird dad of rock (a mantle he assumed sometime after the death of David Bowie, I’d say). I’m a huge fan, and he’s played an important role in the last few years of my life- I was introduced to him by my creative partner (and fellow Other/Conversations contributor) Sam Rees, and we wrote a play about him in 2018 which very few people came to see and which was usually described as “esoteric”. He’s become a sort of poster-boy for grief recently (after the tragic death of his son Arthur in 2015), and has very actively and publicly made that grief available to his fans and followers, in a series of extraordinarily generous online and in-person gestures, of which Idiot Prayer is merely the latest.

Existing, as it does, in this present context, it obviously becomes so much more than simply a livestream or a concert video. It becomes a short film about being a musician in a pandemic. It becomes a “get well soon” from one of our greatest living songwriters. It becomes an idea of what live music might mean right now.

At first, the exercise is treated purely as a performance video- the camera is tight on Cave and his hands as they play the piano, his extraordinary face lit by a single lamp, like he is presiding over the welcome desk of a purgatorial hotel late at night. Between songs, he shuffles his lyric sheets, clears his throat, continues calmly. It’s clear that we, the audience, are being let in on something special, and that our role is to watch respectfully. But slowly, slowly the film thaws- as he sings of his romantic largesse in “Palaces Of Montezuma” (“The epic of Gilgamesh/A pretty little black A-line dress/I give to you”) he turns and looks down the camera- what, to us, Nick?; a bum note at the end of “Are You The One That I’ve Been Waiting For?” prompts a sly little chuckle; a slightly bemused smile crosses those sulking lips on the dramatic change of lighting during new song “Euthanasia”. And slowly you notice the details, the humanity and the joy of this whole gesture- the flowery mug on the floor by the piano, the tap of his shoe echoing through the vast ballroom as he keeps time, the chords messily written over the pieces of paper that clutter the piano lid. After he plays possibly his best-loved song, “Into My Arms”, there’s a wonderfully wry shot of him tossing the lyric sheet onto the ground- finished with it, it’s just another piece of paper. Next!

This is a man who loves what he does, giving his art to us; a man who’s suffered addiction, heartbreak, unspeakable grief and is telling us his story in his own way, and he’s loving it. Of course you miss the roar of the crowds, the dancing, the communion between artist and audience- but here he is nonetheless, the last man at the bar, singing us the song, the song that yearned to be sung.

It’s hard not to see the wild animal comparisons in the cinematography- this tiny, seated figure in the middle of all that floor, lit by a spotlight, playing away as two cameramen circle him at a safe distance. There’s also a whiff of Hannibal Lecter in his secure cage- security keep their distance as he proclaims and hollers, letting the wizard perform his strange spells in his special circle of light.

As ever, though, it is the lyrics that shine through most- like Turek’s photographs, Cave’s world is one of bulging presence and desolating absence; the roll-call of bell-boys, missionaries and devils that run terrified through “Higgs Boson Blues”, in contrast with the “Girl In Amber”, shutting a bathroom door against a phone that isn’t ringing anymore. And again, in the context we’re currently in, it is the absence in the lyrics that is felt most keenly. It’s easy to characterize Cave’s work through its horror, through the murder balladry and grotesque imagery, but I always forget how beautifully he describes bodies and intimacy; “All my tears cried against her milk-white throat/Hidden behind the curtain of her beautiful, beautiful black hair”. At a time when touch itself has been weaponised and many of us miss the arms of our friends, families and lovers, Cave’s evocation of physical solace and comfort strike a particular chord. Likewise his evocation of distance and isolation- Nick-as-narrator often hangs suspended in various states of stasis or liminality- it’s interesting how many of his titles contain words like “waiting” or “wanting”, and how many of his lyrics take place in the sea or space.

The Fazioli, then, is the perfect illustration of all this, I think- not the instrument chosen, but the one we’ve got. Not the whole band, but the band adapted and transformed into one instrument. A mourning for absence and a cautious celebration of presence.

It’s an odd time. But I look to Cave’s closing lyrics in “Jubilee Street”- “I’m transforming/I’m vibrating/I’m glowing…Look at me now”. In the song, they’re the defiant words of an unrepentant sinner, exonerated before God; in recent live gigs, Cave has morphed them into the redemptive words of a man transformed by a world-shaking act of grief, a declaration that he, Cave, is still there, that he is changing, that he is carrying on; and in this context, they become a look to the future, the pointing finger of the prophet. We have all been changed by this global act of grief, by this irreversible change to our chain of being.

But change we must. And if anyone is living proof that change, in all its trauma, in all its DNA-bending complexity, is ultimately transformative, softening, strengthening and heart-opening, it is Nick Cave.

He sits alone at the piano, without band, without crowd- but still he plays. He takes what he has to give, he transforms it, and he gives it to us. The piano is uncovered. The piano is open.

Possibly the piano isn’t what we signed up for. But still we play it. Carefully we remove the covering, and maybe we start to play the notes of the song, the song that yearns to be sung.

Look at us now.